How Do Deaf People Think?

A person having lack of the power of hearing or having the impaired power of hearing is regarded as a deaf person. Such people are considered to be handicapped by ears or hearing abilities and thus they lead a different life with signs and symbols to depict what they wish for. The other individuals have to make them understand everything in their language only. The question that most of the people ask here from me is that if these people cant hear anything, then how do they think or view dreams. What is the stage of their mind while performing anything? Well the answer to all these questions lies in the same article.

The Nature Of Human Thought

Most hearing people experience their own voice in a silent way when thinking, which is also called internal monologue. Similarly, most Deaf people see pictures, ASL signs, or sometimes printed words. They see or feel their inner signing.

People who are hard of hearing or wear devices that allow them to hear, experience some vocal language in their inner monologue depending on how much they can hear.

Because sign languages develop within Deaf communities, they can be independent of the surrounding spoken language. American Sign Language is quite different from British Sign Language , despite the fact that both countries speak English.

That said, there is a lot of contact between sign language and spoken language , and sign languages reflect this. English can be represented through fingerspelling or artificial systems like Signed Exact English or Cued Speech. But these are codes for spoken or written language, not languages themselves.

Everyone Needs A Language 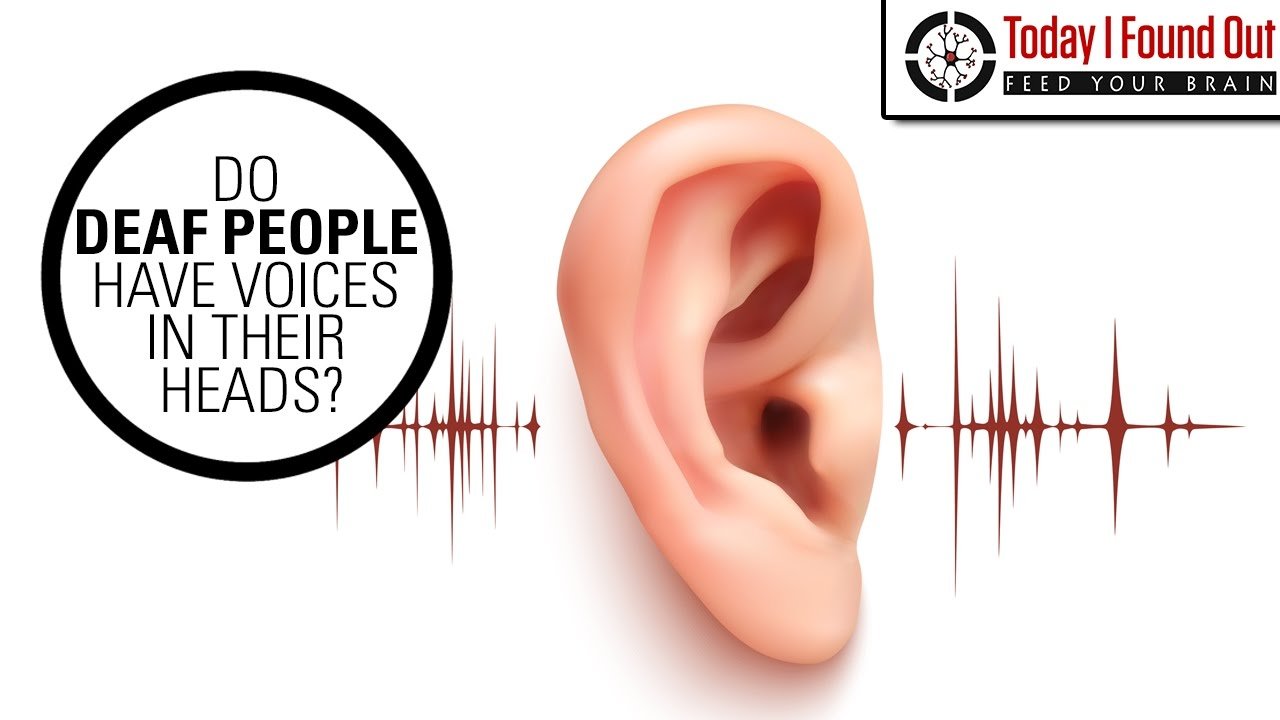 It is truly important that people learn a language from an early age, regardless of whether its a spoken or signed language. In fact, language is so integral for many brain functions such as abstract thinking, memory, and self-awareness that without learning a language from babyhood on, the brain cannot fully develop.

Joel has degrees in Rehabilitation Counseling/Deaf Studies and Linguistics and was a Graduate Research Fellow with the Gallaudet University Linguistics Department. He worked for years at the Arizona School for the Deaf and as a Rehabilitation Counselor for the Deaf with the Alaska Division of Vocational Rehabilitation. Joel also currently works as a Guardian ad Litem for Whatcom County Superior Court and volunteers as a mediator for the Whatcom Dispute Resolution Center. He brings a passion for collaboration and communication to his work.

In his spare time, Joel loves to run trails, swim lakes, road bike, and play music with friends. Joel appreciates all life has to offer, especially new challenges, the outdoors, and the simple pleasures of time with loved ones and great local food. Despite appearances he can easily eat twice as much as youseriously.

signer16 said:Many languages do not have a written form, especially African languages, that is not an issue. ASL, LIKE Vietnamese, uses time to set up its tense. Tenses are used in ASL if no tense is established “see-finish”, and the time must be changed to talk about a different time period. If he is really interested, or you are, there is a book, called, Grammar, Gesture, and Meaning in American Sign Language. It is fairly technical, and really made for curious linguists I think, but it gives you enough information to understand that ASL is truly its own, separate language. The reason ASL doesn’t have so many words, which what I’m sure your co-worker is commenting on, is that FACIAL EXPRESSION plays a huge part in grammar, and in a visual language, it doesn’t “look right” to add in so many ‘extra’ words, just as ASL grammar doesn’t “sound right” in spoken form. Hope this helps, just the thoughts of an ASL student.–This is a fight everyone in the deaf community has for life, and is one of the big things I mention to people when they ask me about deafness. “Duh…is sign language universal?” ARGGG… How would deaf people spread out across countries and separated, develop the same language around the world, when hearing people couldn’t do it? Whatever…

The stages of sign language acquisition are the same as those for spoken language. Babies start by “babbling” with their hands. When they first start producing words, they substitute easier hand shapes for more difficult ones, making for cute “baby pronunciations.” They start making sentences by stringing signs together and only later get control of all the grammatical rules. Most importantly, as seen in the above video, they learn through natural interaction with the people around them.

What language do deaf people think in? (Q& A)

You also have the Usually, where, and put them up to your face, We do believe in manners, some of the basic rules may not work in practice., simply sign excuse me and walk right on through, you sign the manual question mark repeatedly, While doing this, And nally, you simply sign the question word at the end of the sentence words such as who, There isnt a sign for think that goes that way, etc, If Deaf people are signing and I need to walk in between them, To sign dont think, you can get a great taste of vocabulary as well as begin to understand the difference between ASL grammar and English grammar.When you want to indicate that you see things clearly , try the Phrase Finder .

Earlier in this review we cautioned the reader that patterns of localization for language processing are not immutable and that a range of environmental and cultural factors can affect the course of development of specialization of particular brain circuits. These are confined not only to events that occur early in life but also to events that occur later . Events in adulthood may also be important. To date, very little is known about the cortical systems involved when an individual becomes deaf later in life or when a signed language is learned late or as a second language. The finding of with hearing late learners of ASL is unlikely to transfer directly to deaf late learners of a signed language. Hearing late signers have a well-established first language. By contrast, deaf late learners of a signed language, who constitute the majority of deaf signers and whose language development tends to lag that of the early signer , do not have a secure first language, learned in infancy. In these people, the left inferior frontal gyrus may play a greater role in language processing than it does in deaf native signers . This region has been implicated in the less well-learned language in speech bilinguals . Its role in relation to signed language learning has yet to be fully elaborated.

How To Communicate With A Deaf Person

Fortunately, you dont need to know ASL in order to know how to communicate with a Deaf person. According to a tip sheet developed by the Rochester Institute of Technology, one of the countrys premiere learning institutions for the Deaf, there are five guidelines to remember when communicating with the Deaf.

How to say your welcome in sign language. We have some slangs because nowadays it feels weird to not express something after someone says thanks. Login or sign up now! Click save and reboot your pc.

To expand your lingual horizons, learn how to say welcome in different languages spoken in every continent. Learn how to sign welcome and other signs in british sign language with the bsl dictionary. Check the welcome screen with a mark, and proceed to saving the changes by clicking ok and restarting your computer.

Welcome / hire / invite: Do not say your welcome in asl. First impressions are important, are.

Thats why its essential to learn different ways to say the same thing. Watch how to sign âyouâre welcomeâ in american sign language. But repeating the same sign for thank you and youâre welcome just feels odd.

Touch device users, explore by touch or with swipe gestures. This dictionary is not exhaustive Login or sign up now! 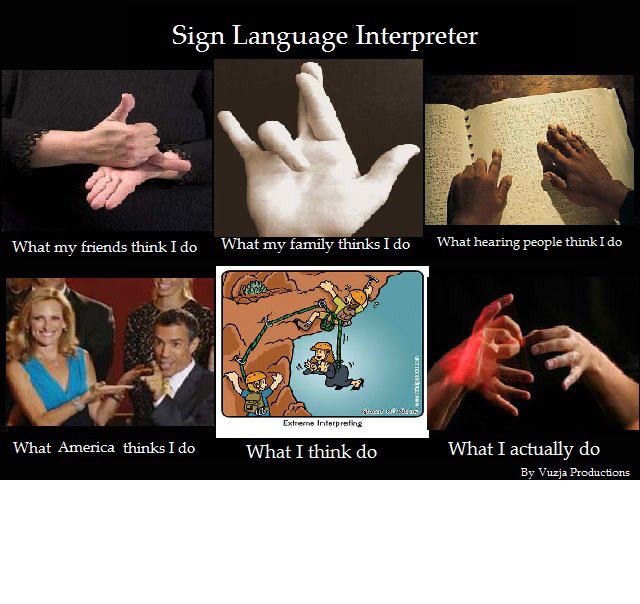 Question What is the difference between a person who is deaf, Deaf, or hard of hearing?

According to Carol Padden and Tom Humphries, in Deaf in America: Voices from a Culture :

Question What is wrong with the use of these terms deaf-mute, deaf and dumb, or hearing-impaired?

With Time Improvised Gestures Can Evolve Into A Full Language

In 1980, the first Nicaraguan school for the Deaf opened. Students who had been previously isolated from other Deaf people brought the gestures they used at home, and created a sort of pidgin sign with each other. It worked for communication, but it wasn’t consistent or rule-governed. The next generation who came into the school learned the pidgin sign and spontaneously started to regularize it, creating rules for verb agreement and other consistent grammatical devices. Over time, it stabilized into a full-fledged linguistic system known as Idioma de Señas de Nicaragua , or Nicaraguan Sign Language.

Reading presents a significant challenge for individuals who are born deaf because they cannot hear the language that is encoded by print. The factors that lead to skilled reading for deaf individuals are currently under debate and not well understood. This project uses behavioral, neurophysiological, and neuroimaging measures to identify what factors predict variations in the brains response when deaf adults read and recognize written words .

How do DEAF people THINK?

Born and raised in Seattle, Jason has a bachelors in English Literature from the University of Washington. While learning American Sign Language, he began volunteering for HSDCs Development Department, where he now works.

Jason has connected with the Deaf community at HSDC and learned the importance of working to make the world a better place. In his spare time, he enjoys reading, writing, and being active.

You May Like: Is Eargo A Hearing Aid Or Amplifier

Without actually being deaf, it can be difficult to explain what its like. In discussing this matter with deaf individuals, many express that their lives are relatively normal while also being different. An anonymous Quora contributor lets call her Ashley gave insight into her own experience growing up deaf.

Eventually, Ashley received cochlear implants, which allowed her to regain some of her hearing. Cochlear implants are a hot debate in the deaf world but Ashley doesnt regret her choice to get them. While she doesnt hear exactly like a hearing person, she enjoys what she can hear. She also appreciates the ability to turn off her implants when she wants to.